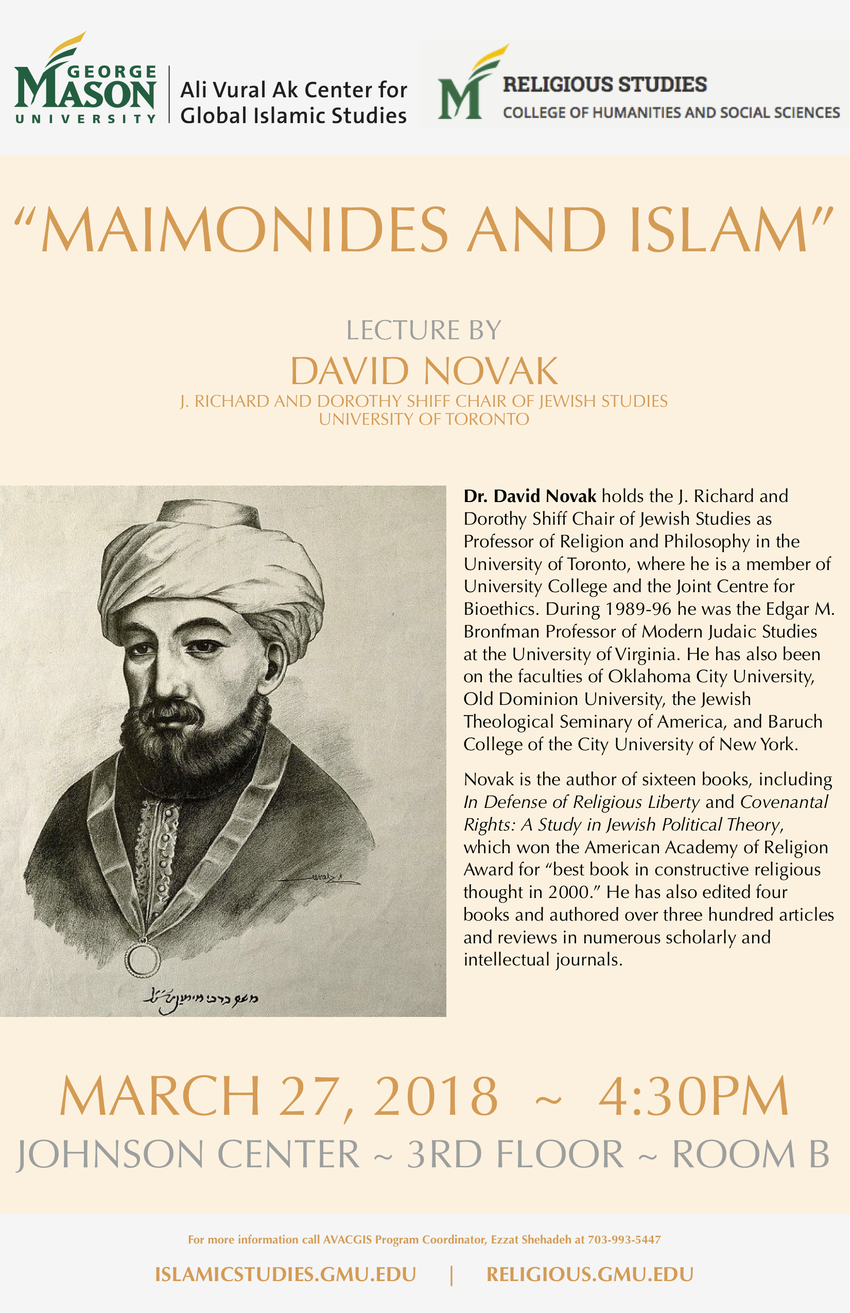 Novak is the author of sixteen books, including In Defense of Religious Liberty and Covenantal Rights: A Study in Jewish Political Theory, which won the American Academy of Religion Award for “best book in constructive religious thought in 2000.” He has also edited four books and authored over three hundred articles and reviews in numerous scholarly and intellectual journals.

Sponsored by the Ali Vural Ak Center for Global Islamic Studies and the Department of Religious Studies.