"The Study of Manuscripts and its Importance for Research on Islamic Literature and Culture" with Dr. Muhammad Isa Waley 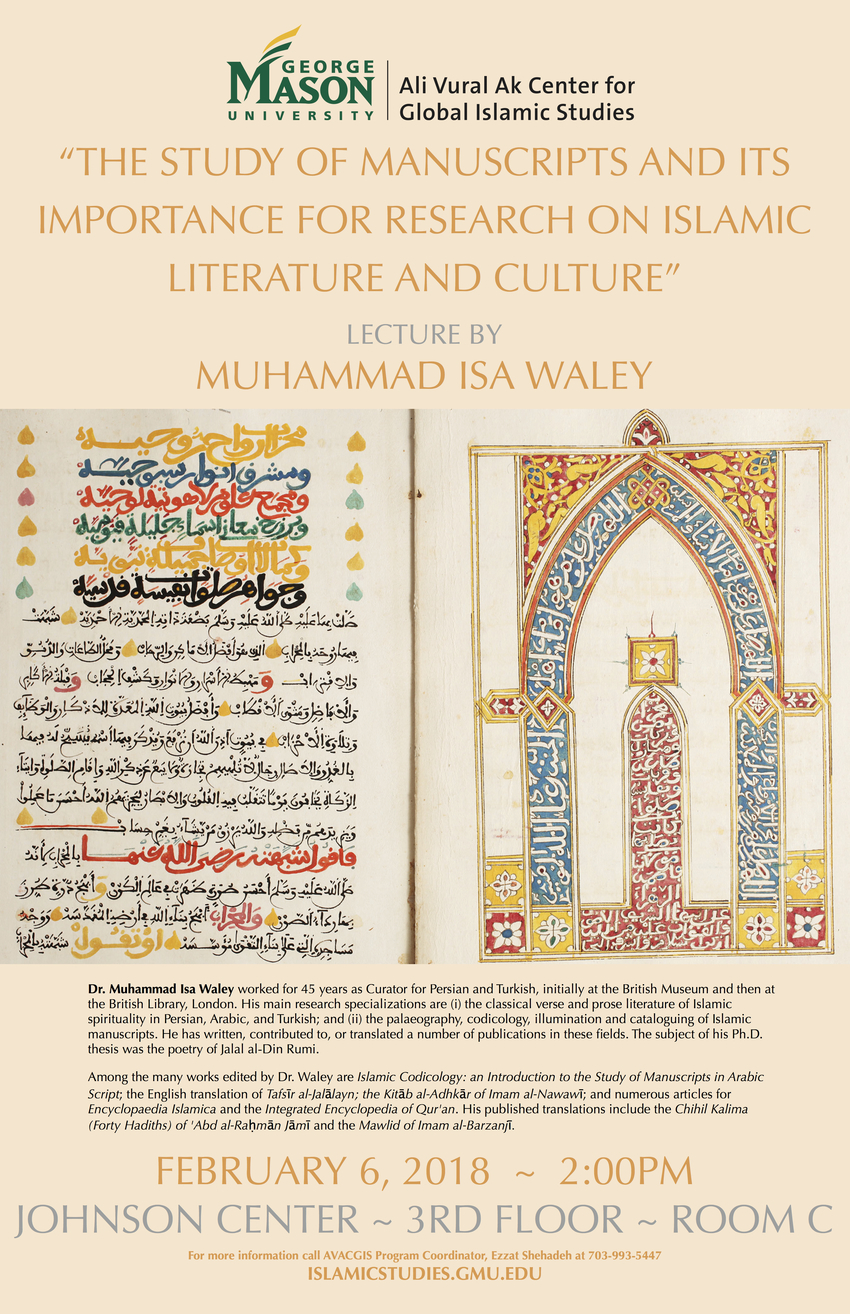 Dr. Muhammad Isa Waley worked for 45 years as Curator for Persian and Turkish, initially at the British Museum and then at the British Library, London. His main research specializations are (i) the classical verse and prose literature of Islamic spirituality in Persian, Arabic, and Turkish; and (ii) the palaeography, codicology, illumination and cataloguing of Islamic manuscripts. He has written, contributed to, or translated a number of publications in these fields. The subject of his Ph.D. thesis was the poetry of Jalal al-Din Rumi.

Among the many works edited by Dr. Waley are Islamic Codicology: an Introduction to the Study of Manuscripts in Arabic Script; the English translation of Tafsīr al-Jalālayn; the Kitāb al-Adhkār of Imam al-Nawawī; and numerous articles for Encyclopaedia Islamica and the Integrated Encyclopedia of Qur'an. His published translations include the Chihil Kalima (Forty Hadiths) of 'Abd al-Raḥmān Jāmī and the Mawlid of Imam al-Barzanjī.