Mason will start the fall semester as scheduled on Monday, August 24, with a mix of in-person instruction, expanded online classes, and research activities. Visit Mason’s Safe Return to Campus Plan. 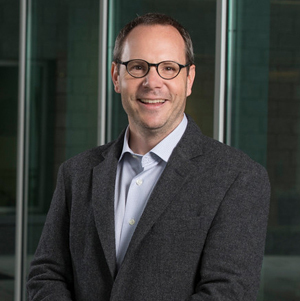 The first weeks of Donald Trump’s presidency saw the new U.S. administration initiating changes likely to reshape the policy environment—perhaps quite drastically—around many issues at the intersection of religion and international affairs. From the introduction of various forms of religious discrimination with respect to immigrants and refugees, to an intensified implementation of the Global Gag Rule in the realm of international reproductive health, to talk of repealing the Johnson Amendment, it is clear that the presence and of role of religion in public life is shifting in significant ways.

With generous support from the Henry Luce Foundation, the Schar School’s Professor Peter Mandaville is initiating a discussion with leading figures from the domains of publicly-engaged scholarship, media, and civil society to evaluate the new policy environment around these issues.

“By bringing together a select group of thought leaders and practitioners—many of whom have received support from the Luce Foundation’s Initiative on Religion in International Affairs—we hope to generate concrete ideas for developing relevant research agendas and public engagement strategies suited to a new climate,” says Mandaville. In addition to new research agendas and institutional partnerships, this initiative will produce a series of blog posts on the connection between religion and international affairs for influential online outlets.

Some of the topics to be addressed include: